The theoretical and practical training took place from January 29 to February 9, 2018, at the Lord Strathconas Horse (Royal Canadian) recce lines at Canadian Forces Base (CFB) Edmonton. The gun camp or live fire portion of the course was conducted on Range 16 at CFB Wainwright from February 26 to March 2, 2018.

Sgt Lincoln recalled while on the TAPV DRWS gunner course they learned how to disassemble and reassemble the C16 40mm Grenade Machine Gun (GMG). They also learned how to install the C16 GMG and the coaxial mounted C6 General Purpose Machine Gun (GPMG) on the DRWS mount. The students were taught how to perform daily system checks on the DRWS, how to load and unload the two weapon systems while on the DRWS mount, how to operate the DRWS and finally, theory of gunnery, where they learned how to effectively engage targets and listen to the gunnery commands and fire orders. Sgt Anderson and Sgt Lincoln also got a chance to command a live shoot and practice their own fire orders, as crew commanders. This is an essential skill to learn as issuing fire orders are a key aspect of crew commanding an Armoured Fighting Vehicle. Commands need to be quick and concise and detailed enough for a gunner to understand and effectively engage the opposing force.

While they operated mainly inside the TAPV and with its gunnery systems, students were given some training on vehicle, and learned a bit of the electrical system and how to start the TAPV. Driver and maintenance lessons of the TAPV are extensively covered on the TAPV Driver and maintenance course. Sgt Lincoln mentioned that in terms of crew comfort, the heating systems work very well. Overall, the vehicle seems like it will be a good fit for the Army Reserves and for the Royal Canadian Armoured Corps. Like all new vehicles, it comes with pros and cons, and much needed training time to figure out the best use of the vehicle in a reconnaissance and tactical security context.

In the gunnery context of the TAPV, the DRWS is a highly capable system and can engage targets with ease. The system takes some time to get comfortable with but after some simulation training and after live fire training, Sgt Anderson and Lincoln said it all came together well. The optics are exceptional and the ballistic computer makes long range engagements a breeze, easily knocking down targets. Students observed a twenty-round burst from the coaxial machine gun easily go through a target at 700 meters. Loading and reloading the system can take some time, but with practice it should be able to be conducted quickly. There is a little more complexity with fire orders as compared to being a gunner on a G-Wagon, but overall it brings an effective method of gunnery back to the reserves, as this was a lost art for many years on the G-Wagon platform.

The addition of the TAPV to our fleet within the Regiment will have a significant effect on the Army Reserves. Drivers will now be operating a large, heavy, armoured vehicle that is fundamentally different than a G-Wagon. They will have much more maintenance to do, more responsibilities in keeping it operational, and must maintain higher situational awareness when driving it.

As the vehicle is more complex than we are used to, we should be seeking highly capable and experienced personnel to operate it. Those soldiers with high merit and are in good standing will most likely find themselves being sent on TAPV courses in the future. Soldiers within the Regiment will be forced to compete against each other for the privilege of being in a TAPV crew, which helps foster esprit de corps and unit cohesion.

TAPV DRWS operators will have to refocus gunnery theory, as the Armoured personnel in the Reserves have moved away from the fundamentals of gunnery. This was due in part to the pseudo mounted role of the soft mounted C6 GPMG on top of the G-Wagon. Gunnery commands had to adapt to the realities of the platform, and the consequence was that Reservists augmenting the Regular Force had to be brought up to date on proper gunnery commands. With the TAPV this gap can finally be closed, and gunners augmenting the Regular Force will be able to seamlessly phase in and out of their ranks. Additionally, the 40mm GMG is a brand new weapon for the Reserves, and new soldiers will enjoy the chance to employ it.

The TAPV brings new challenges and opportunities for drivers, gunners, and commanders. It is a huge step forward for the Army Reserves and will allow Reservists to augment the Regular Force more easily. It has many benefits to the King’s Own Calgary Regiment and is already making soldiers within the Calgary Garrison jealous. 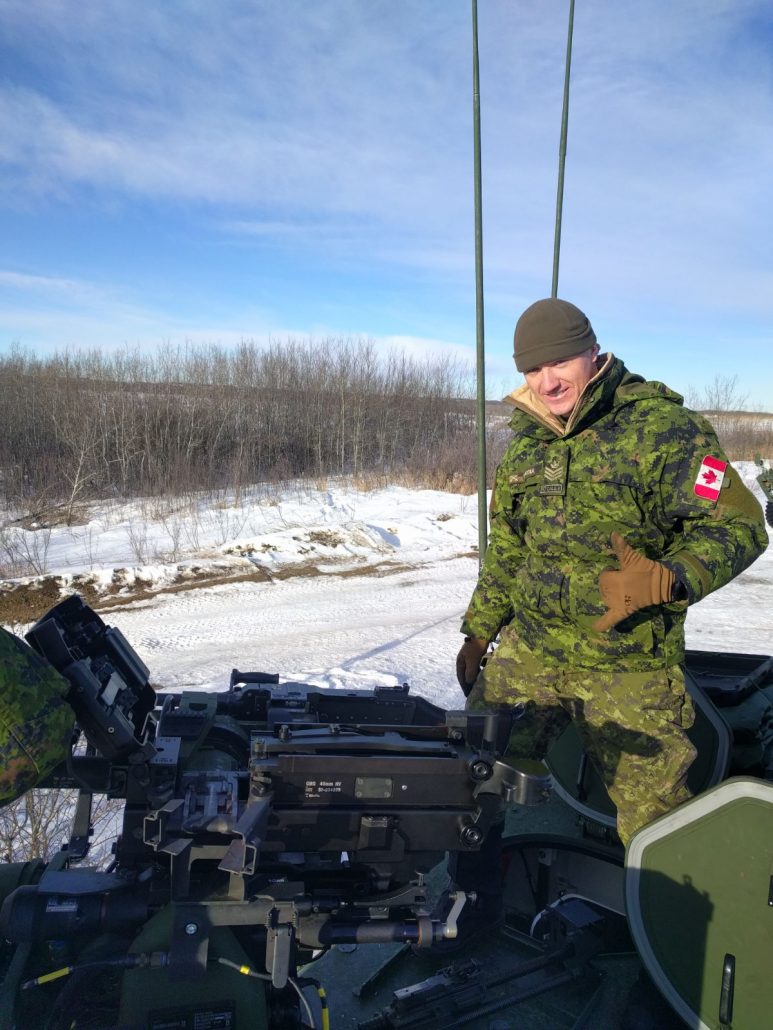 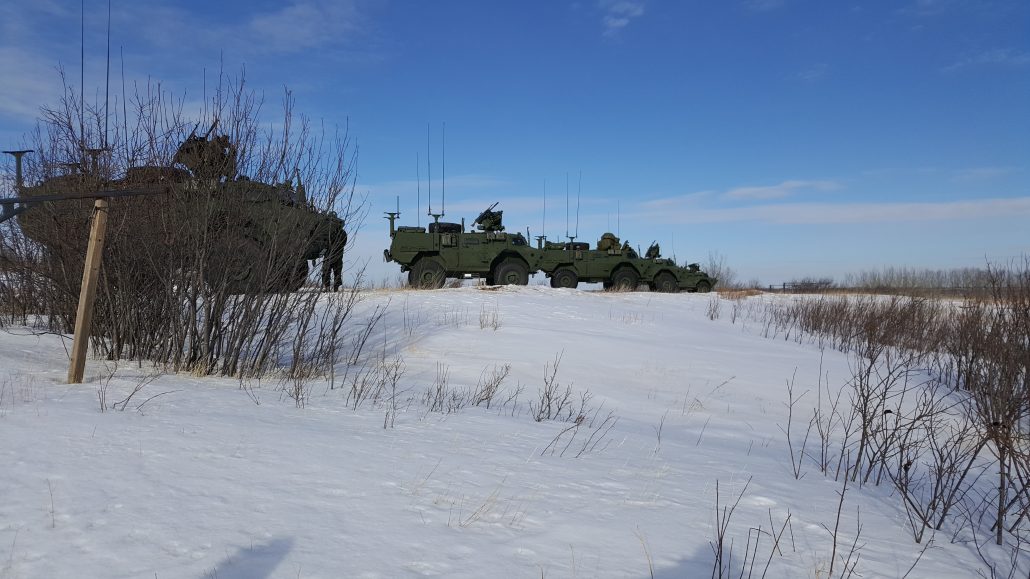