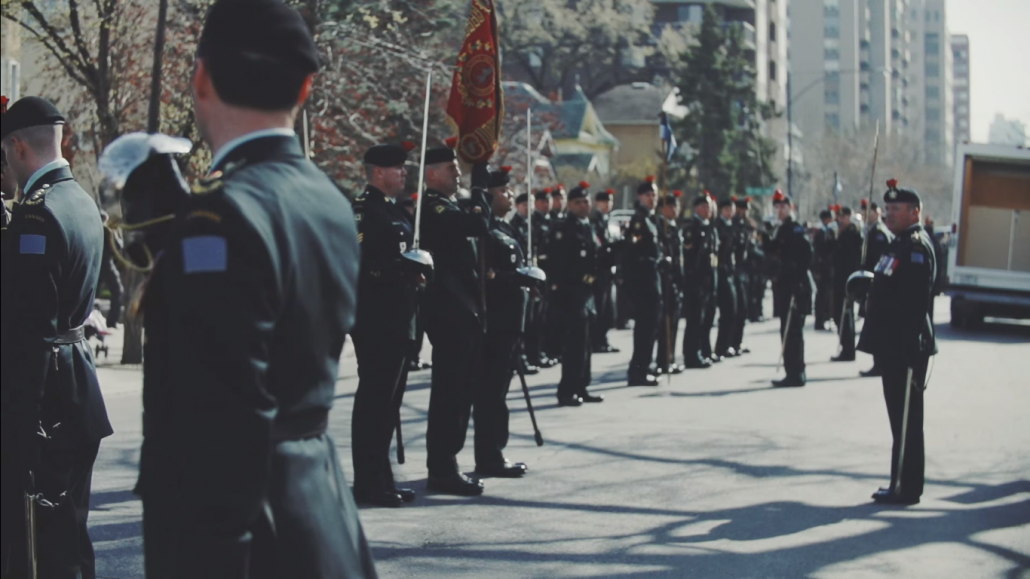 St. George’s Day All Ranks Formal Ball – Friday 20 April 2018
The regimental will be holding an All Ranks Formal Ball on Friday 20 April 2018. The Ball will start allowing guests to arrive at 1800hrs for the commencement of the dinner at 1900hrs. The Ball is to be held at the Glenmore Inn and Convention Center  – 1000 Glenmore Court SE, Calgary AB  T2C 2E6.

On Sunday 22 April 2018, the King’s Own Calgary Regiment will be holding a regimental parade at Mewata Armouries. Soldiers will be expected to arrive at 0800hrs at Mewata for a parade practice in CADPAT and bring DEUs for the regimental parade.

Family, friends of the Regiment, and the general public are encouraged to come watch the St. George’s Day Parade on Sunday afternoon. Please arrive at Mewata Armoury at 1pm for the parade’s start at 1:30pm. Come even earlier if you would like to get a tour of the Regiment’s new Tactical Armoured Patrol Vehicles! Seating is available inside the Armoury. Parking is limited in the immediate vicinity of the Armoury but available within 1-2 blocks. The parade is expected to be completed by 2:30pm.

The Regiment will also be holding a change of appointment parade. The current Regimental Sergeant Major (RSM), Chief Warrant Officer Cruickshank CD, after 4 years of hardworking and admirable service in the current role is now handing over his appointment to Master Warrant Officer MacGillivray CD. MWO MacGillivray CD has been a member of the King’s Own for nearly 30 years. He has seen a number of deployments including a deployment to Afghanistan in 2009 as a Force Protection Platoon Warrant Officer in Kandahar City. He was Wounded in Action during this time on 30 December 2009.

The St. George’s Day Parade will also be the graduation parade for The King’s Own Calgary Regiment’s Basic Armoured Crew member Course. Since September 2017, the 14 Troopers graduating have learned how to operate machine-guns, use radios, drive reconnaissance vehicles, and employ reconnaissance tactics in combat situations. They trained on Wednesday nights and weekends over the last several months, and are now qualified to move on to more advanced driver and gunner courses, including on the Regiment’s new Tactical Armoured Patrol Vehicles.

Upon conclusion of the regimental parade the King’s Own Calgary Regiment will be holding a reception at the Officer’s Mess at Mewata Armouries. Medals, Awards, Commander’s Commendations and promotions are typically awarded during this time. The following awards and scholarship recipients will be announced at the reception:

History of St. George’s Day and why the King’s Own Celebrate it
Scroll to top