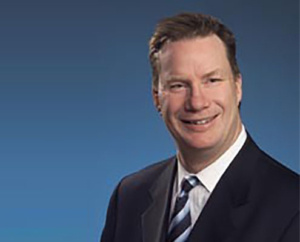 Beau Canada Exploration Ltd. In 1988, Mr. Lang co-founded this TSE listed, intermediate oil and gas company. He joined the company as Chief Financial Officer and Treasurer and later as Vice-Chairman and directed the raising of over $85 Million in various equity financing’s. Through significant acquisitions and growth, the company’s market value increased from approximately $3 Million to its eventual sale price of $340 Million to Murphy Oil and Gas in October 2000.

Calahoo Petroleum Ltd. In August 1993 Mr. Michael Lang CO-founded and was a director of this junior oil and gas company until the company was acquired for $70 Million by Samson Canada Ltd., a private US based oil and gas company in June, 2000. Throughout his involvement with Calahoo, Mr. Lang played an integral role in numerous strategic and financial matters, including the company’s IPO, numerous subsequent financing’s and the eventual merger with Samson.

Vicom Multimedia Inc. When Mr. Michael Lang invested and became a director in Vicom in September, 1994, management was in the process of shifting the company’s business focus from high end corporate videos to high margin multimedia software products. As a major shareholder and director, Mr. Lang provided assistance with the company’s financial and strategic affairs, including their fully subscribed initial public offering for $4.5 Million and subsequent $10 Million equity financing. Vicom was subsequently transitioned into Brooklyn Oil and Gas.

CSI Wireless Inc. Mr. Lang invested and became a director in March 1996 of this technology company which specializes in Global Positioning Systems. In February 1997 the company completed their public listing on the TSE and fully subscribed initial public offering for $6.75 Million and subsequent equity financing’s totaling over $18.8 Million.

Mr. Lang holds a Bachelor of Science degree and an MBA from the University of Alberta.