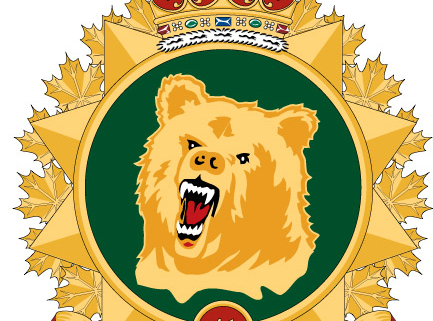 Three weeks ago, the Chief of the Defence Staff, General Vance, ordered most of the full-time members
of the Canadian Armed Forces to remain at home in order to safeguard the capabilities of the CAF so that
its members would be healthy to respond if called upon for assistance by civilian authorities. In 41 CBG,
this meant cancelling all parade nights and training, and shuttering our armouries to all but a few critical
staff. The initial period of 13 March-6 April is now extended until further notice; no one will be
rushing back to work 7 April and increasing the risk of infection. We are, however, screening
soldiers for full-time, Class C service in order to support Canadians.

Mission. Within 41 CBG, our mission is clear: Stay healthy and on standby to assist the civilian
authorities when required. This means practising physical distancing, washing our hands frequently,
remaining at home if possible, and not engaging in risky behaviour that could expose us to COVID-19
infection, thus degrading the capabilities of our forces. This is working. We have no confirmed cases
within our 1,700-member brigade.

Class C Employment. All soldiers who are at least BMQ-qualified are eligible for Class C service. We
will employ all of those who come forward and meet the screening requirements. The initial contracts
will be for 60 days from 5 April. Everyone who wants to can extend until 31 August—a total of 147
days of employment guaranteed. Those who can’t start now can start later. If you are experiencing
flu-like symptoms or still in school, for example, and can’t commit yet, you can still undergo screening at
your unit at a later date and start a shorter contract through to the end of August.

Organization. We are organizing our volunteers into a territorial battalion group (TBG) with robust
domestic response companies in Edmonton and Calgary—340 positions in all. On top of this, we are
filling local response force (LRF) platoons/troops in all our garrison cities. LCol Ryan Palmer,
commanding officer of the Calgary Highlanders, is the TBG CO. The RSM of the KOCR, CWO Troy
MacGillivray, is the TBG RSM. Maj Wes Clark will command the LRFs from brigade headquarters.

Possible Tasks. The CAF is on standby to respond for requests for assistance (RFA) from civilian
authorities. For the time being, all personnel on Class C will be expected to remain at home and stay
healthy, on standby for future tasks. These tasks could include responding to RFA in their local
communities or First Nations. But they might also mean that the entire TBG gets ordered to another
location for a prolonged period to assist as part of Op LENTUS in fighting a natural disaster such as a
flood or wildfire. Or assisting CAF units engaged in an Op LASER task somewhere else in the country.
The LRFs may be ordered to provide replacements to the TBG, but their main role will be to provide
assistance within their communities.

Class A Employment. Those who cannot volunteer for Class C service will continue to be paid Class A,
one half-day per week, up until 18 May to maintain their readiness as if they were still parading
Wednesday nights.

Individual Training. The Army continues to look at how to restart IT for this summer on a reduced
scale. If conditions permit this, IT won’t commence before 30 May, or any later than 30 June.

Stay healthy and report to your chain of command if you become sick.