Blog - Latest News
You are here: Home / King's Own Calgary Regiment / History of St. George’s Day and why the King’s Own Celebrate it...

The King’s Own Calgary Regiment (RCAC) has been celebrating St. George’s Day since 1927 when it was adopted from our allied regiment, The Duke of Lancaster’s Regiment (King’s Lancashire and Border) from the United Kingdom. The Regiment celebrates St. George’s Day on or around the Sunday closest to the 23rd of April.

St. George’s Day is typically one of the major events of the year for the King’s Own Calgary Regiment. It encompasses Mess Dinners, an All Ranks Formal Ball, and a Regimental Parade.

The Regimental Parade is usually conducted either mounted or dismounted and is normally centred around a Church Parade at St. Stephens Anglican Church, located in Downtown Calgary. After the Regimental Parade, there is normally a reception at the Officer’s Mess at Mewata Armouries. Here, Annual Awards and Trophies are handed out to various Soldiers of the King’s Own who have displayed military prowess and effectiveness within the reconnaissance discipline. These will include the recognition of military merit exhibited throughout the year. Medal Presentations, promotions, and retirements are also recognized during this time.

Historically, St George is the patron saint of England and the attributes that he holds as a knight are what many cavalry regiments, such as the King’s Own, try to personify. The legend explains that long ago, in Montblanc (Tarragona) a ferocious dragon, capable of poisoning the air and killing with his breath, had frightened the inhabitants of the city. The inhabitants, scared and tired of the dragon´s ravages and misdeeds, decided to calm him by feeding him one person a day that would be chosen randomly in a draw. After several days, the princess was unlucky enough to be drawn.

From the dragon’s blood a rose-bush grew with the reddest roses that had ever been seen. Saint George, now a hero picked the rose and offered it to the princess.

The soldiers of the King’s Own wear a red rose behind their cap badges on St George’s day. The red rose is the current emblem of England adopted after the victory of the House of Lancaster (red rose) over the House of York (white rose) during the War of the Roses (1455-1485). 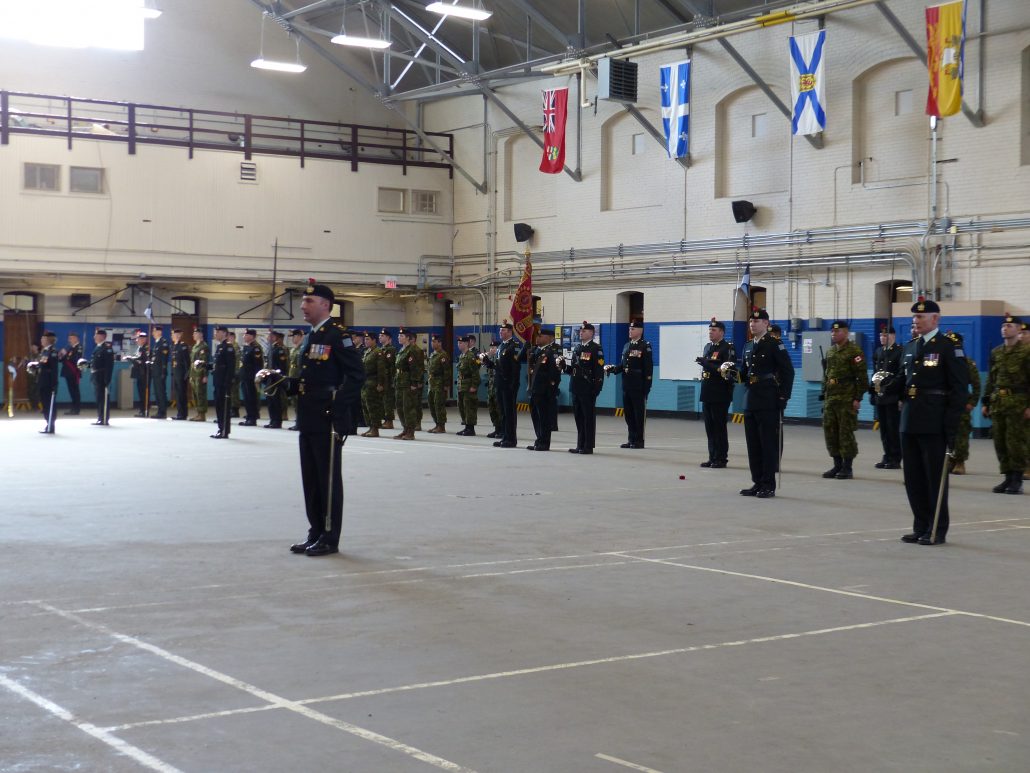