There is a mystifying serenity amidst the vast and undomesticated wilderness of Alberta’s Foothills which lie in an almost suspended-like animation during the course of the winter month of January. Globed by a turquoise sky, and flaked by the settling of powdered snow, the realm becomes littered with frosted trees that immensely covers the terrain like crystalized glass. Here, nature presents a cool silence, unbroken and with a lingering hallowed sacredness behind it. As it happens, the time presented a great opportunity for the King’s Own Calgary Regiment to experiment with Horse Mounted Reconnaissance as within the course of two weekends, the regiment dispatched two patrols to the hill crested region of Turner Valley.

Under the auspices of Dewey Matthews, the proprietor and trainer of the Anchor D Guiding and Outfitting Ltd. Ranch, the regiment was trained in general riding and horsemanship. The first weekend was composed of horse grooming, saddling, bridling, manoeuvres and traces along routes that comprised between flat and novice routes to those more steep and treacherous. The purpose of which was to observe an alternate platform in reconnaissance when terrain becomes too mountainous or inaccessible for conventional vehicles. Members experienced quality training from Dewey and his staff, including Terry Grant from the show Mantracker who offered ample advice on tracking and riding. This was done within the confines of Anchor D’s corral and stables in order to prepare members with the essential skills to man their personalized horse, of whom they emoted and cared for, garnering a sense of attachment and sentiment. Over the course of the weekend, the Regiment was treated to the graciousness and hospitality of Dewey’s household where they enjoyed the ranch’s rustic style lodgings and the exploits and adventures of Terry Grant.

The second weekend was designed to determine the horse’s effectiveness under tactical situations especially with the help of pack horses carrying the patrols’ sleeping gear and kit. Under the mantle of either Dewey or Terry, the two Patrols separated to experiment the effectiveness of horses when conducting OP’s and navigating tight, congested and rocky terrain. The two patrols were either controlled by MCpl Lincoln or MCpl Stelnicki, and after being led onto their objective, members carried out their appropriate drills and established observation posts proficiently. The following day, Dewey helped the Regiment traverse steep, mountainous valleys, projecting the two patrols deep into the heart of the Kananaskis territory. There, skills learned in reading the ground and basic soldier skills were essential as the ever changing climate of Alberta’s south had turned that once whitened region to a golden brown coated with slippery icy sheaths. Regardless of the case, the Regiment and their horses pulled through and descended deep into the foothills where the climactic end of the exercise was met with lunch and a decadent bonfire. 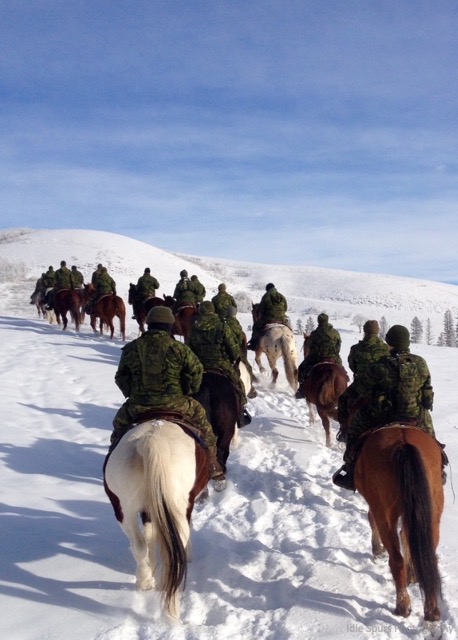 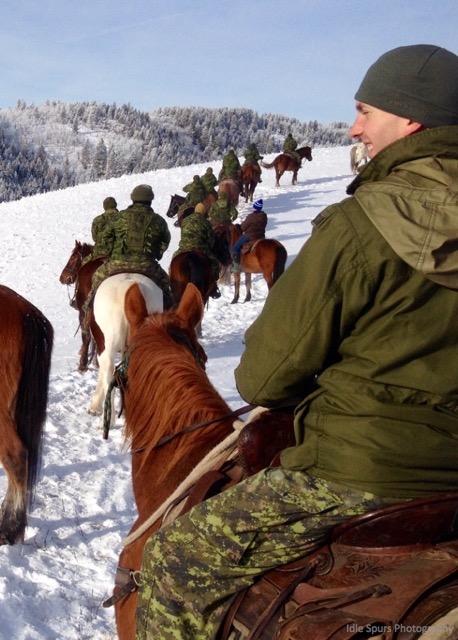 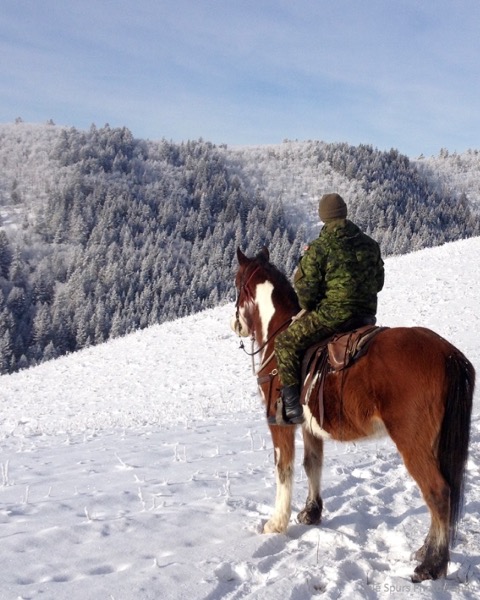 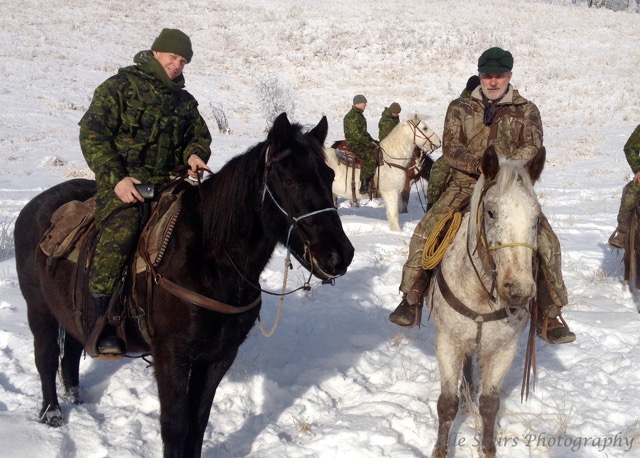 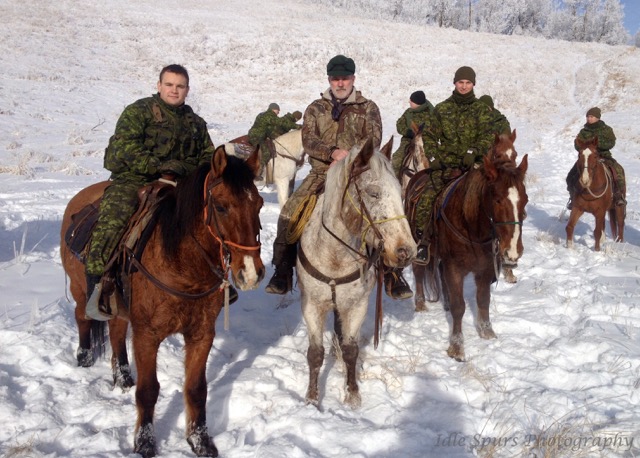 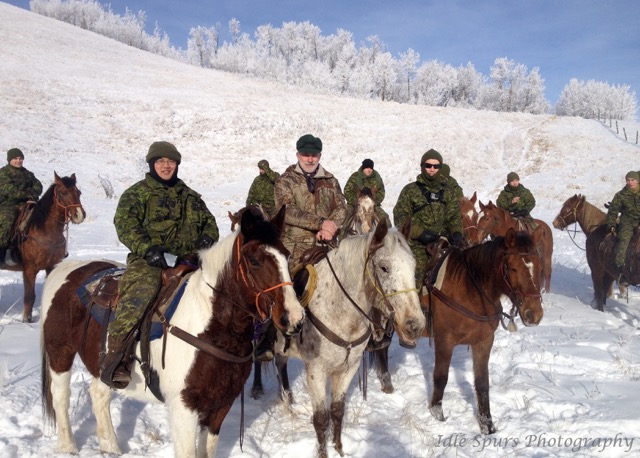 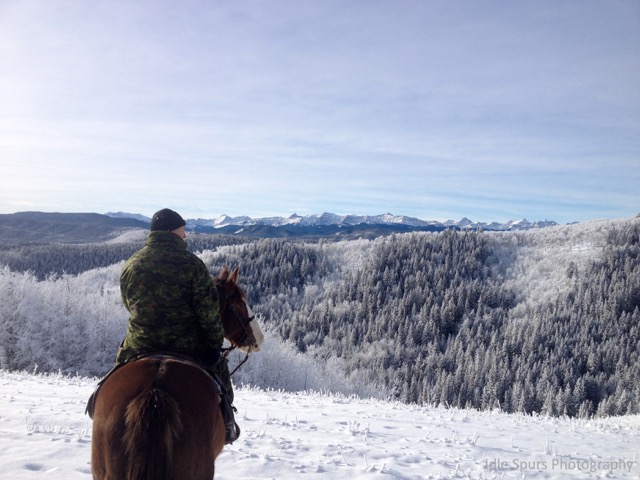