January 13th and 14th 2018, members from The King’s Own Calgary Regiment (KOCR), The South Alberta Light Horse (SALH), and Lord Strathcona’s Horse (Royal Canadians), converged at Mewata Armoury in downtown Calgary to take part in Exercise KING’S COMMAND. A computer-assisted exercise used to develop armoured soldier skills in a controlled virtual environment. Reserve and regular force soldiers worked together employing simulated Leopard 2 main battle tanks and the newest addition of the Canadian Army’s armoured fleet: The Tactical Armoured Patrol Vehicle (TAPV). The TAPV is a new type of 20-ton armoured fighting vehicle, which is crewed by three soldiers: driver, gunner, and crew commander, and can transport an additional 3 soldiers.  It is armed with a remote weapons station with a C16 automatic grenade launcher that can accurately fire grenades out to 1.5 kilometers at a rate of 350 per minute, and a C6 medium machine gun.

Exercise KING’S COMMAND was the first training exercise of 2018 for the KOCR.  The King’s Own used the Virtual Battle Simulator 3 (VBS 3) software by Bohemia Interactive Simulations as part of their workup training for armoured vehicle crews. VBS 3 is the military-grade simulator the ARMA 3 computer wargame was derived from. The system is designed to allow soldiers to practice their crew battle drills in a virtual environment before going to the field to practice in real vehicles. VBS 3 challenges individual drivers and gunners up to squadron commanders to apply the skills they have been taught or be defeated by the simulated enemy.

VBS 3 is versatile, implementing realistic effects and physics to bring about a more accurate and representative simulator that encompasses all aspects of training that would have normally occurred in the field. The application enables troops to practice drills before applying them in real-world conditions. The simulator is also cost-effective as it allows gunners to become experts at their drills without the use of real ammunition, and crews to become effective teams before live training exercises and future deployments.

Exercise KING’S COMMAND included full-time regular force soldiers and part-time reserve soldiers training within the same squadron, allowing members from both components to work together and learn from each other. The experience training in this virtual environment will be repeated in the months ahead as reserve and regular soldiers continue to train together in real-life tactical field exercises.

After familiarizing themselves with the mechanics of the simulator, the soldiers executed an offensive operation known as a guard, advancing as a combat team. The KOCR and SALH operated in TAPV equipped armoured reconnaissance troops scouting ahead of the tank troop operated by the LdSH(RC) in the simulator. The squadron combat team scouted several virtual bridges and villages that were vital to the larger Canadian Battle Group’s plans. Along the way, the simulation tested the troops battle drills against enemy tanks and infantry. The reconnaissance troops reported to the squadron headquarters on key terrain features, obstacles, potential routes, and the enemy’s locations, so the squadron could maneuver its tanks and other assets to best accomplish the guard task. The training also allowed commanders to practice how to effectively employ artillery fires, close air support, conduct handovers to other units to carry on with their task, and participate in combined arms hasty attacks against enemy positions. The training emphasized fundamentals such as speed, firepower, manoeuvre and mutual support between the new TAPVs and tanks.

Exercise KINGS COMMAND provided a realistic foundation to the Regiment’s armoured crew training, but it doesn’t replace field training, it just helps crews to be better and able to take on more complex tasks when they take their real armoured vehicles to the field. The King’s Own Calgary Regiment is recruiting part-time soldiers to train on Wednesday nights, plus 1-2 weekends a month, and we offer full-time summer employment. If our training interests you, visit our recruiting web page.  We have a seat for you! 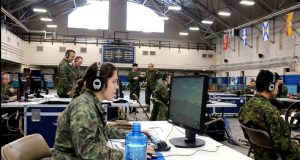 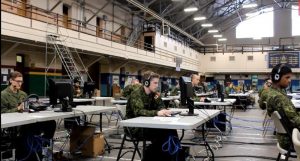 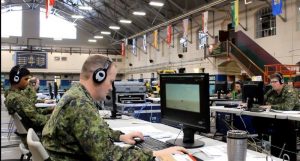 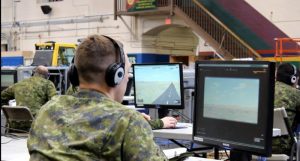