Between the dates of July 4th 2017 and August 25th 2017 the KOCR ran a Basic Military Qualification (BMQ) course and a Basic Military Qualification Land (BMQ-L) course out of Mewata Armouries in Calgary, AB. The course was staffed with instructors from the Primary Reserve and Regular Force and the candidates came from all over Alberta and a handful from BC. This course is fundamental to the development of all soldiers in the Canadian Armed Forces as they set the foundation for further training and development of all soldiers.

While on the BMQ, candidates were introduced and taught the basic components of being in the military from the rank structure to drill to field craft and using a C7 service rifle. It is a thirty day long course with constant training and testing which ensures any candidate would never get bored while on course. A day in the life would consist of waking up at 0530 hrs to start physical training. After an hour or so of PT candidates would conduct their ablutions, inspection, and have breakfast. After breakfast they would have a full day of classes and testing on various topics from the code of service discipline to assembling the C7 service rifle. The day could end at any time from 1700 hrs to 2100 hrs depending on the course schedule and any other remedial or extra instruction the instructors feel would be required. By the end on BMQ all graduates should have a good grasp of the rank structure, drill, use of the C7 rifle, and how to operate within the military context.

Moving on to the BMQ-L, this is where all soldiers will learn basic infantry skills that will carry over into their trades. While on this course candidates will learn the basics of being an infantry soldier from the structure of a Platoon to the tactics used in offensive and defensive operations. The skills they will learn are from using the C9 light machine gun, constructing a trench, and conducting reconnaissance patrols. The hours during this course are just as long and when the candidates conduct their Ex in the field the realise that their long days could get even longer as they are provided with minimal time to sleep and tested on all the skills they were taught.

Overall the summer proved to be of great success as there were fifty-two graduates off of the BMQ course and thirty-four graduates off of the BMQ-L course. Those graduates will be moving on to the next course in their careers this coming fall or the following summer. In the mean while if they aren’t on course they will be parading with their home units and going out on exercises and conducting on the job training before their next courses begin.

On behalf of the King’s Own, welcome to the twenty-two BMQ and BMQ-L graduates who have joined our ranks and have now become part of the proud history of the Regiment. 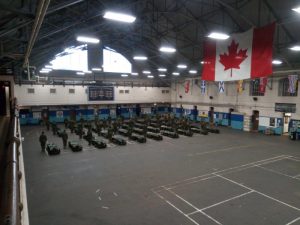 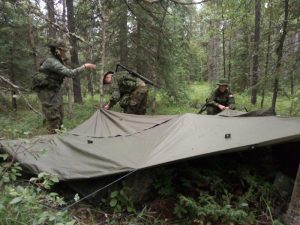 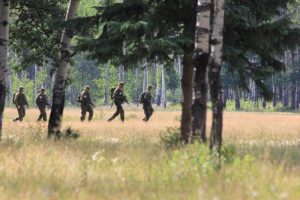 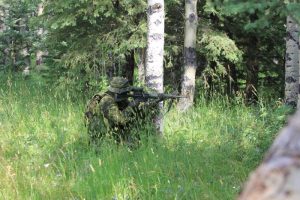 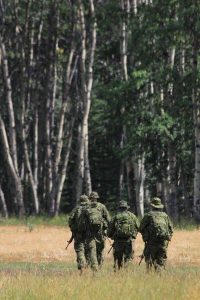